It has been nearly eight weeks since I last saw sight of the swans with their signets. They have not been in their usual haunts. Then, this morning I found them not 20 yards from our front gate. They appeared to be taking advantage of the shade of a small clump of trees and shrubs in a dyke which then stretches out into open farm land. Pleasing to see that all eight of the original hatch were present. 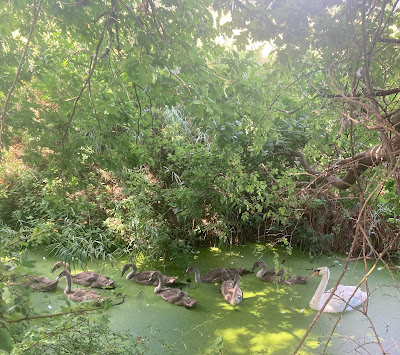